In a BELIEVABLE victory! We, Us, the Seahawks bullied the Saints in a downright smash mouth victory 34-7! We came into the game looking to punish the Saints & accomplished what we mapped out to do! This team right here is BY FAR the best team we have ever had in Seattle. I look forward to defeating who ever we play in the Super Bowl because I hands down know we will be there! Quote me on that if you wish. Tell me world, “IS THERE NO ONE ELSE!!!”

The game was over before it started. Our offense clicking on all cylinders, defense showing the world why WE are the best! Manhandling the Jacksonville Jaguars, executing like we should & allowing everyone on the team to get in on the fun! Big Bam Kam added another interception to the Legion of Boom! Bobby Wagner also had a great diving catch to add to the defenses take aways. Overall, we played an excellent game! We are the team to be reckoned with. How can you compete against a team that can’t be beaten?? Well for one, that team needs to make mistakes which the Seahawks do not do! So there for I do not see anyone beating the Hawks this year. There will be maybe 2 battles later during this season but no losses. Let’s go! Seahawk Nation!!

If you were not a witness last night during the game, I’m sorry.. But I will be more than happy to inform you the Seahawks did what the came to do! Lay down the claws! The weather brought back the atmosphere of the last match, last season. 12th Man going for record on the loudest crowd ever! Seahawks ready to let the world know that we’re to be reckoned with! We did just that, last night! Forcing Colin Kaepernick to throw 3 interceptions into the hands of The Legion of Boom! Chris Avril caused Kaepernick to fumble & the defense accumulated 3 sacks. Kaepernick was ready to play the Seahawks but he wasn’t ready to play against this defense again.  We did what we came to do & more! I knew but for others, they now know who is winning the NFC West, NFC & NFL Championship. It’s Seahawk Nation on this blog!! I’m proud to say, I am a Witness & will continue to be! If you’re not, become one! Go Hawks!

I can’t lie, I was a little worried during the game when Carolina’s defense was on a consistent roll. They applied a lot of pressure on Russell Wilson & really agitated our passing game & disrupted our running game. So I give them respect for showing up on defense but it just wasn’t enough to stop us from getting into field goal range & a  certain DB (I won’t say no names) couldn’t stop Jermaine Kearse from making a big time catch! The final score of the match was 12-7, not expected but we’ll accept every bit of it. A W is W & we posses our first W of the season.

This game is officially in the past. Now on to the Niners!

Now I know for every football team there is, you must believe in your quaterback no matter what! In Seattle, it’s a whole lot different. We don’t just believe in Russell Wilson. We ALL know Russell Wilson will make it happen no matter the cost! He is a man among boys at the QB position. He commands, leads, delivers & trust everyone of his teammates to do their jobs. All of Seattle & Seahawk fans love the man Russell & we’re all behind 100% no matter what happens. GO HAWKS!

If you want to catch Russell on ESPN, check it out

Russell is pointing straight ahead to the X that marks the spot! It just so happens that the X is in the middle of the field at the New MetLife stadium. Superbowl 48 here we come! Can someone please tell me, who better to lead the Hawks there besides Russell Wilson?? The answer is no one! When he is the field, the field is his. He reminds me of Drew Brees but with a running ability to open up receivers or take it down field. If you’re not a Russ fan, you know he doesn’t like to run but when he does, it’s going to hurt you. There is no limits to Russell Wilson right now & he is going to be the best quarterback of this league to other viewers in due time. Every Hawk Fan just like me, is awaiting for this pre-season opener tomorrow & even more for the 1st game of the season. This is going to be a season for the records with everything our players, coaches & staff put into this organization. Or shall I say this season will be history in the making. Up until the playoffs last year was the first time we’ve received so much publicity from critics & media but we knew all along how good we were as a team. Now when you add the 12th Man into that Hawk Pot, it storms up an unstoppable army ready to take on whoever accepts challenge. SEAHAWKS! 12TH MAN! WE’RE ALL IN! FAMILY! Here we come New Jersey!! Seahawk Nation!

It took me some time but here it is. Loso’s Top 10 QuarterBacks of the 2013 year. If you didn’t already know, it’s Seahawk Nation over here & we’re going to the ship this year! I would have loved to put Russell Wilson higher but I can’t do that. Now if I decided with my heart he would be higher but I had to decide with some what of an analyst view. I thought very hard on my top 3 then 4-10. Very hard decisions right here but I decided! I know a lot of people have a very different Top 10 but this is Loso’s. So starting off with #1 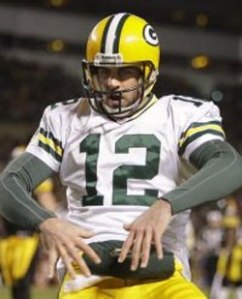 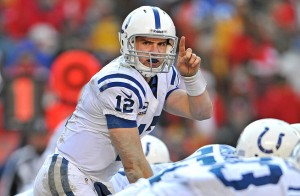 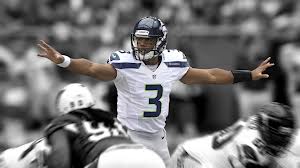 Russel Wilson is the best & this is why Seattle has the best Quarterback!